Forget the British Racing Drivers’ Club, Lewis Hamilton is the true owner of Silverstone. The Englishman won his fifth British Grand Prix at a canter last weekend, demonstrating the type of imperious form that the home fans have gotten used to over the past four years.

The triple champ’s snub of the very first F1 Live London event in the build up to the weekend was quickly forgotten. There were no boos for the Brit at Silverstone, as peak ‘Hamilton-fever’ returned.

In fact, having been fortunate enough to spend the entire weekend trackside, I’d be willing to say that peak ‘F1-fever’ has also replaced the pessimism that has previous riddled the sport.

Here are my trackside observations from a thrilling weekend of action at Silverstone.

END_OF_DOCUMENT_TOKEN_TO_BE_REPLACED

Following Tuesday’s Silverstone break clause bombshell that threatened to dampen this year’s British Grand Prix, F1 needed a tonic. What a difference a day makes, with Wednesday’s F1 Live in London event delivering a pre-race pick-me-up in some style.

Accessibility on an unprecedented scale, incredible noise and drivers allowed to express their personalities and share an incredible experience with those who consider them superheroes. What’s not to love?

END_OF_DOCUMENT_TOKEN_TO_BE_REPLACED

Liberty Media’s mission statement upon arriving on the F1 scene was to create a more immersive sport. Chase Carey – leader of the ‘three wise men’ – referenced his desire to create ’21 Superbowls’ with races becoming week long spectacles which enhance fan engagement and add value for money to the ticket.

This weekend’s British Grand Prix at Silverstone seems to be the first instance of Liberty flexing their creative muscles. This will be a British GP acting as a statement of intent.

END_OF_DOCUMENT_TOKEN_TO_BE_REPLACED

The British Grand Prix at Silverstone is Formula 1’s oldest tradition. The venue held the first ever championship event back in 1950 and in 2017, Silverstone remains at the heart of the sport.

Despite its popularity, however, the event is seemingly in a precarious position. Reports suggest that the circuit’s owners are on the brink of activating a break clause which will see Silverstone’s contract terminated after 2019, as the financial implications of a contract penned in the sport’s previous governance have made the event unsustainable.

The question is whether a new deal can be concocted that will please all parties. 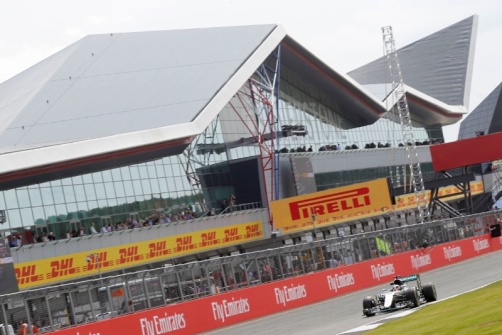